Welcome To Your PTFA

Your PTFA is here to help both you and your children throughout your time at St Gregory’s to that end we endeavour to do the following:

Any keen cyclists will know that it is a sport of coffee, cake, and garish tight-fitting clothing. Members of St Greg’s PTFA are aware of this fact and so it was that the challenge of cycling around the Isle of Wight came into being. After all, how hard can it be to drink coffee, eat cake and sport garish lycra?

What we had repressed was that we are all now in fact Middle Aged Men In Lycra (mamils) and many years of excessive cake and coffee consumption had in fact made cycling 100km a significant challenge, in some ways perhaps a life changing challenge, more on that a little later.

St Gregory’s is immensely proud of its swimming pool, former pupils will have fond memories of fun and mischief whilst schooling there and the pool will have been a highlight, creating long lasting memories.  The PTFA took on the Tour de Isle of Wight to give the current crop of school children the opportunity to create lifelong memories as well as lifelong skills.  When the challenge was conceived little did we know we’d be tapping into prodigious goodwill, it is an understatement to say we have been overwhelmed by the donations which stand at close to £5000, yes that’s not a typo £5000.  Chapeau!

Challenges of endurance always start long before they take place, to prepare oneself for cycling 100km, training had to be undertaken or endured depending upon the weather, readers may recollect how wet May was, wetter than an otter’s pocket in fact.  Many of our brethren had not ridden for many years and so squeezing into lycra and reacquainting ourselves with razorblade width saddles represented some of the less glamorous elements of the training.   Bikes fully serviced or even purchased we readied ourselves as best we could, not easy given our busy lives.

In total, 14 riders took up the challenge, blissfully one of them being a native of the IOW, this meant that we were able to cycle the route safe in the knowledge there would be no wrong turns, nor were we going to short-change our sponsors by cycling less than 100km.

The day commenced with roll call at 05:30 before embarking to the ferry terminal at Lymington on a glorious morning chock-full of sun and much promise.  The sailing to Yarmouth afforded the opportunity for banter to begin in earnest, fuelled of course by the a fore mentioned coffee and cake.

Our route was to take us anti clockwise around the island and what a wonderful place it is, anyone who has not yet been should really make it a must do.  As cyclists it is a genuine treat, enough hills to keep you honest and in turn providing epic vistas.  Nearly all the roads in excellent condition, considerate drivers, coffee stops galore, fish and chips, the list goes on and on.

A little over halfway we made our lunch stop, savouring bacon butties and some well-earned time out of the saddle.   I suspect some found it difficult to reignite the boilers when we set off afterwards, a lazy day in the sun was what most around us were enjoying, we on the other hand still had a fair way to go.  Even at this point some of the team were entering unchartered territory in terms of their longest rides.  Each step of the way we endeavoured to stick together, sometimes the group split but we reformed, like a rock band who’ve spent all their wealth.  Teamwork making the dream work!  This was a shared venture and oh what fun we had, even when things started to get tough as the sun bore down on us.

A ride through Ryde was a highlight of the day as we promenaded along the sea front, admiring the view across to the spinnaker at Portsmouth, all feeling rather surreal it must be noted in the wake of this long period of lockdown, finding ourselves weaving between holidaymakers and day trippers enjoying the full ice cream experience on the beach.  Our brief sojourn with the masses over we headed for the chain ferry at Cowes and the final leg of our ride.

The feeling amongst the group for the last stretch was one of fatigue, reflection, and pride.  The group rallied and left no man behind as we made our way back to Yarmouth, fuelled by jellybeans, charity, and the question of how much sunburn have we suffered.

Having achieved what we set out to, there were mixed emotions, no wild celebrations, some relief: yes, some regret that it was over: most certainly.  And so, this writer believes that this is simply the first of many endeavours that the team should and will undertake, a bond has been forged and memories created that will last a lifetime.  😊

As we tot up the total money raised and we ready the pool for the children we can reflect and thank all that supported us on this ride, each penny raised will make a difference to the children, each pupil now has a chance to learn a valuable life skill and whisper it, may also have some fun and mischief whilst in the pool, in turn creating their own long-lasting memories.

All parents are members of the PTFA but if you’d like to take a more active role please contact Spencer Mogridge.  Email: spencerlukem@aol.com

We have a committee you’d be most welcome to join, we also enjoy the support of other volunteers with less formal roles, our current team include: 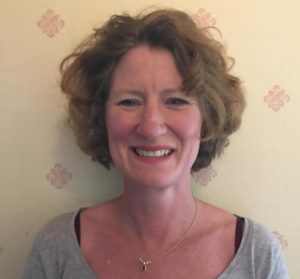 We hold regular meetings with Mrs Field to plot, plan and review our events and how we can best serve the school and ultimately our children.  We are all parents with children currently at the school all the way from Hedgehogs class up to Foxes.

We also have an AGM in September.

A Message from the Head

With the very limited budgets that schools are working with at present I know as head without the incredible support of the PTFA the children of St Gregory’s would not have access to some of the amazing resources we have: our interactive whiteboards are used daily in every class, offering children the opportunities for an enriched learning experience, they also make differentiated learning much easier because teachers are able to accommodate different learning styles. The amazing Cornerstones curriculum package purchased by PTFA gives all our children an exciting, stimulating curriculum through interesting and fun themes. The swimming pool, solely PTFA funded allows the children to gain vital life skills…. the list goes on….

I cannot thank our PTFA enough for their hard work and commitment to ensuring the needs of our children are always a priority and fully support all they do. I look forward to working with all parents and PTFA committee members this year.

Each month the school submits an account of the school’s events to help keep the local community informed, past editions can be located here: https://www.marnhullmessenger.org.uk/

If you’d like to contribute anything please do get in touch with Barry Shea, Email bshea@stgregorymarnhull.sch.uk

Visit our facebook page for all sorts of useful information.